If you’re looking for relaxation, culture, history and an absolute geothermal wonderland, I have found the experience for you!  Tinggly Experience Gifts has teamed up with Hell’s Gate in Rotorua to create a full day pass to what has been dubbed the “beast of New Zealand geothermal attractions.”

As I swing open the bus door, the unmistakable smell of sulphur greets my nostrils, and I am met by a spritely young man by the name of Jaxan.  Jaxan is to be my guide on the 1.5 hour walk around the geothermal park; he is funny, informative and is having as good a time as we are!

Two guided walks leave every day from the ticketing office at 9.30am and 1.30pm – I chose the early morning session to avoid the hot New Zealand summer sun. 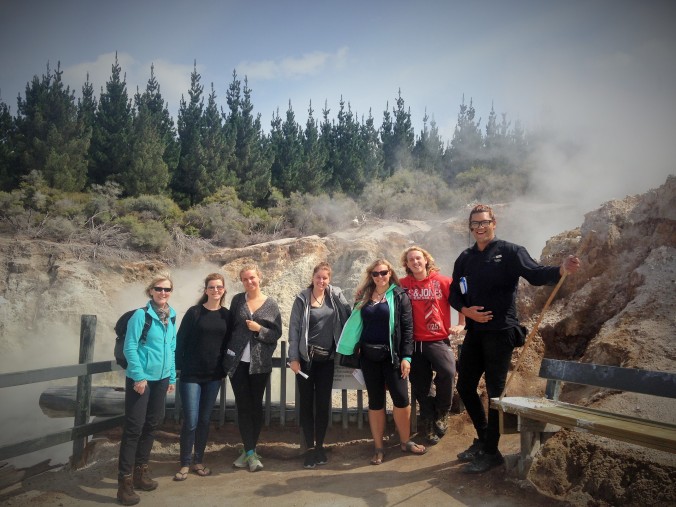 The region of Tikitere was so named ‘Hell’s Gate’ in 1934 by Irish Playwright, George Bernard Shaw, as he gazed upon the strange landscape, believing he had arrived at the Gates of Hell.

Like a Sunday afternoon stroll, we glide around the park, seeking out boiling pools of mud and the occasional sulphur crystal.  Jaxan points out hot pools, each with names like Baby Adam, Inferno and Sodom and Gomorrah, some reaching up to 110 degrees Celsius!

We carry on through dense, lush New Zealand forest, before being introduced to the Southern Hemisphere’s largest hot waterfall, the Kakahi Falls.

Wondering on, captivated at every turn, we eventually stopped to look in on the world’s second largest mud volcano splashing and ejecting hot mud into the air; we marvel at examples of land coral; admire tiny sulphur crystals and listen to the land literally breathe as the steam bellows out of a crevice in the rock.

Jaxan reaches into the solid looking rock formations, producing little nublets of solid white mud.  We all follow in unison as we rub the mud between our palms, and like magic, solid becomes liquid.  We are instructed to rub it in before letting it re-dry, as Jaxan informes us ‘the healing power is in the drying of the mud.’  Apparently the healing power is also in the consuming of the mud – eating a very small amount of white mud helps to detoxify and cleanse the liver and kidneys, so naturally we all had a try and the only comment I can make is that it simply reminded me of chewing on chalk.

Five minutes down the path, we wash the mud from our hands in a hot water lake, oohing and ahhing at how soft our hands are feeling, before moving through to the last stage of our tour, CARVING OUR OWN SOUVENIER!

My excitement apparently was not on par with my carving skills.  I try my best with a chisel and hammer to scrape out a kiwi shape, but eventually succumb to my clumsiness, asking the Master Carver to finish my coaster.

Now it was time for a relax in a private mud bath.  I was given a bathrobe, towel and box for my belongings before I submerged myself in the warm mud, which has been used for over a century for the treatment of arthritis, rheumatism, and exfoliation.

I wallowed around in the mud, rubbing it into my skin before perching in the sun to let the mud dry, because as Jaxan said earlier ‘the healing power is in the drying of the mud!’ 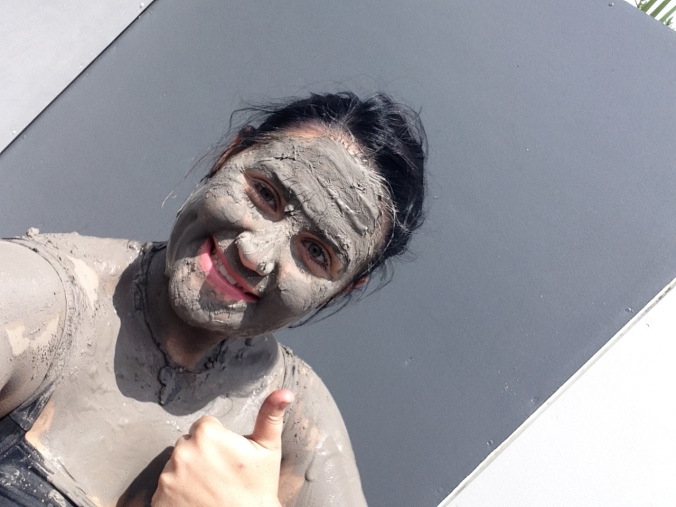 After twenty minutes in the mud, a rejuvenating high pressure cold shower was in order, before slipping into the sulphur spa which was sitting at a comfortably warm 38.2 degrees.  As I relaxed in the cream-coloured water, the wind whistled through the native bush surroundings and tui birds fluttered about, singing a calming tune.

This Tinggly experience at Hell’s Gate was fascinating and oddly peaceful considering the boiling, bubbling surroundings.  It was the perfect activity for an exciting outing in New Zealand’s geothermal capital, and with all that relaxing I am now ready to take on the rest of my New Zealand journey!

Note: all opinions expressed regarding this Tinggly experience are authentically those of The Travelling Cheetah

One thought on “Visiting the Gates of Hell”