The dairy industry is one of the major industries in New Zealand, and aside from tourism is our largest export commodity.  Thousands of New Zealanders rely on dairy farming, and dairy contributes 2.8% to New Zealand’s GDP.

For many, dairy is a way of life.  For others, it is a gag-inducing idea.  Dairy is an incredibly polarising subject.  It provides money and livelihoods, but on the other hand other’s argue it is an animal welfare issue and a form of torture.  We all have our opinions, as do I.  But we’re not going to get into that aspect of things – what I want to talk about is the three major environmental impacts of dairy farming.

Nationally, in 2015 there were 6.5 million cows in New Zealand’s dairy herds . The environmental impacts of dairy are incredibly high, and as the industry intensifies so do the associated problems. In 2015, Environment Aotearoa reported that there had been a 28% increase in the land area used for dairy farming in the past decade – this increase in the dairy herd and land used for dairy farming has resulted in amplified pollution of waterways, an increase in greenhouse gas emissions and is resulting in compaction of soil. Furthermore, the use of water on dairy farms is exorbitant, and of course there are discussions regarding the welfare and treatment of dairy cows.

Deforestation and Soil Compaction
Unfortunately, during the early stages of dairy farming, cows were permitted to graze upon native bush, and as intensification of the dairy industry increases, forested areas are being cleared to make way for pastoral lands. According to the World Wildlife Fund, one-third of the world’s land area is experiencing desertification, due largely to deforestation, overgrazing and inadequate agricultural practices. Although New Zealand is not experiencing widespread desertification, it is important to remember that by aggrandising the agricultural industry, we could put our country at serious risk of desertification. Furthermore, by removing native habitats to make way for pastoral land, we are putting native species at risk by isolating them to small portions of New Zealand, whilst minimising their habitat and food-sources. Globally, agriculture is a leading cause of habitat loss and species endangerment.

Soil compaction, whereby pressure forces air pockets out of the soil and presses particles closer together, is another significant environmental issues caused by farming. Approximately 80% of dairy farms in New Zealand experience soil compaction – this is as a result of heavy farm machinery and livestock compressing the land on which they live and work. Soil compaction is problematic because water drainage and filtration is limited as there is not enough soil pores for the water to move and soak through. The lack of aerated pores in the soil also necessitates plant roots to exert more energy to penetrate the compacted soil layer – meaning it is much more difficult for plants to take root and grow healthily. With the combination of excess water, and lack of plant growth, soil compaction can lead to erosion.

Greenhouse Gas Emissions
Greenhouse gases are gaseous substances which absorb infrared radiation, trapping and holding heat within Earth’s atmosphere, which ultimately leads to climate change. Nitrous oxide and methane are two of the most significant greenhouse gases, both of which are produced in large quantities by the dairy industry. Methane is produced by cows through burping – on average, one cow leaks 70 – 120 kilograms of methane into the atmosphere each year. Additionally, nitrous oxide, a gaseous by-product of excrement, urine and nitrogen fertilisers, is also being emitted into the atmosphere. Of course, on farm practices are not the only issue, as carbon monoxide or other hydrocarbon gases are produced through motor vehicles and other modes of transport. Considering New Zealand’s large amounts of dairy exports, what might the carbon footprint of a glass of milk be costing us?

Climate change is becoming a household topic in much of the world, and is at the forefront of a lot of international targets, however, despite the worldwide push to slow down climate change, New Zealand dairying herd numbers and intensification of farming is increasing, further adding to New Zealand’s environmental problems.

Nutrient Leaching and Pollution of Waterways
Explained simply, effluent, manure and fertiliser runoff from dairy farms are polluting our natural water resources, and the increased nutrient levels in the waterways are contributing to increased incidences of algal blooms and oxygen loss. The main source of water pollutant in New Zealand is effluent, or liquid waste which includes bodily fluids, urine, faecal matter, milk (and often contains traces of chemical substances used to clean milking sheds). According to SAFE, one cow produces 15 times more excrement than a human, and of course, this waste must go somewhere. Bacterial levels in waterways are higher after rainfall as this washes the ponding effluent and loose excrement into the watercourses. Regional Councils have begun determining important wetland sites and fencing them off to disallow dairy cows from having direct access to the waterways. This limits the amount of direct excretion into the waterways, but does not stop nutrient leaching.

Nutrient leaching, otherwise known as diffuse pollution, is when nutrients such as nitrogen or faecal microbes from animal waste, or superphosphate from fertilisers are washed into the waterways via ground water. Nutrient leaching into our waterways leads to species loss, algal blooms, and undrinkable or unswimmable water. Algal blooms, which are a by-product of nutrient leaching, are toxic to humans and many animals, and deplete the oxygen levels in the water. Eutrophication is when the oxygen levels are so depleted a smelly, slimy algal substance is formed. According to Mike Joy, Massey University’s Senior Freshwater Ecologist, 44% of all monitored lakes are polluted beyond eutrophication. In lowland waterways near farmlands, 84% of lakes are polluted to eutrophic levels. Dairy farming regions have the most polluted rivers in the country, particularly the Waikato. In the decade 1992 to 2002, dairy cow numbers increased in the Waikato by 37%, and at the same time the level of nitrogen in the region’s waterways increased by 40% and phosphorous levels by 25% (Mike Joy, 2017).

Due to animal excrement and “overuse of fertilisers, there is now too much nitrogen in the ground, resulting in polluted soils, water tables and oceans” – Ronan MacEwan, 2017. Now, under no circumstances am I wholly blaming dairy for all of New Zealand’s environmental problems, but it is important to understand the correlation between agriculture and certain environmental issues.  Although dairy farming has boomed in New Zealand and had positive effects on our country, namely employment and economic growth, the environmental impacts of such industry cannot be ignored.  Deforestation, soil compaction, nutrient leaching, water pollution and greenhouse gas emissions are among the most pressing negative effects of dairying.  However, many dairy farmers are committed to making changes to lessen these issues including as many as 11,400 farmers are voluntarily participating in the Sustainable Dairying: Water Accord, which takes measures to minimise environmental impacts on waterways, including appropriate effluent disposal and riparian planting near watercourses.  But as a country we need to address the problems, encourage dairy farmers to comply with best practices and enforce legislation and guidelines to ensure degradation of our environment slows. 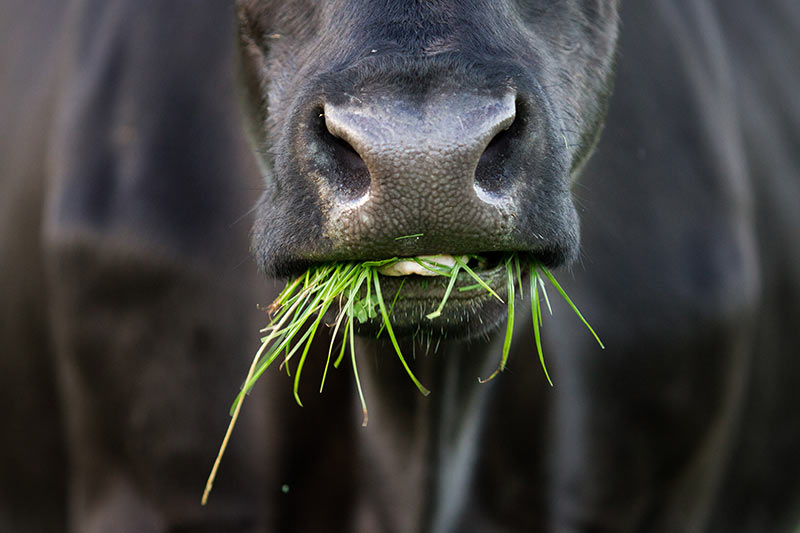 Tell me your thoughts in the comments?  Does your country have an industry which you believe is harming the environment?