Cecil the Lion – you’ve surely heard his name and ill-timed fate by now.

Cecil, the centre of an Oxford University study and Zimbabwe’s most famous Lion was shot with a bow and arrow by a dentist from the USA.

The arrow did not kill the injured lion and for 40 excruciating hours he was tracked by the dentist and his guides.  He was finally killed with a single cold-blooded bullet.  He was then skinned and his head severed to be taken back to the dentist’s home, so he could be strung up on the wall as a trophy.

A month later, global outrage and questioning ensues.  Many are maddened and others are wondering whether the death of a single lion is a cause for concern.

I have read comments from people asking why the life of a lion matters more than that of a black man shot by police, one thousand starving children, or any other life for that matter.  The answer is it doesn’t matter more, because all, I repeat ALL life, in every form matters! 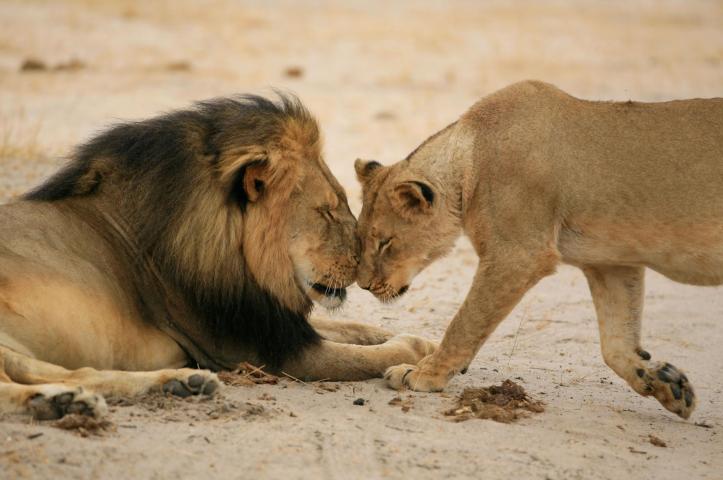 Cecil’s case however, is indicative of the current poaching situation happening not only in Africa, but worldwide.   Cecil has become the face of a problem – he has made the world take note of the brutality surrounding poaching.   His life matters no more than that of the next lion, but he is a public figure we can relate to.  He has had his life torn away and finally the world has tuned in to the issue – let’s not allow Cecil’s life to be taken in vain, instead choosing to begin a process of healing and positivity, and hopefully tighter regulations surrounding hunting of vulnerable species.

Animals the world over are brutally tortured and murdered for the sake of a hunter’s adrenaline rush and status symbol.  A being’s life was taken for the thrill of another being, under the umbrella of sport.  Animals of endangered or vulnerable status are taken as casually as those in abundance.

Cecil’s murderer has a long history of butchering the world’s most iconic animals for the thrill of the kill.  He has ‘legally’ and illegally killed other animals including endangered species such as rhinoceros, leopard, other lions and bears (of which he lied to authorities regarding when and where the kill took place.)

The area of poaching in general must be addressed at a global scale, and it seems that Cecil’s death is finally paving the way for discussion.

Does paying money make it okay to take the life of a being? Regardless of how much money is “donated” for the animals’ death, taking the life of another will never be right nor ethical.  The money donated to conservation is less useful than the animal’s life.    And herein lies the problem – we turn a blind eye to the callous killings of animals when they are paid for, when we don’t personally witness or don’t feel a connection to that being.  Paid poaching is still just that – poaching.

It is interesting to see the global backlash from Cecil’s death – finally, maybe the world is listening.

Let’s hope Cecil does not die in vain, and that we as a global nation can start driving a change, pave the way for moving forward.